Beckles calls for global reset on relations with the Caribbean 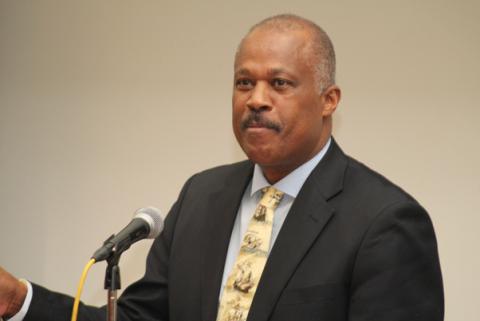 The UWI Regional Headquarters, Jamaica. W.I. Friday, May 28, 2021— Vice-Chancellor of The University of the West Indies, Professor Sir Hilary Beckles has called for a Caribbean reset in the eyes of the Western world.

Speaking on May 26, Sir Hilary delivered the keynote address at a virtual roundtable session hosted by the Clinton Global Initiative during its sixth Action Network on Post-Disaster Recovery. The three-day event held from May 25-27, convened leaders from business, government, and civil society and featured conversations with President Bill Clinton, Secretary John Kerry, U.S. Special Presidential Envoy for Climate; Selwin Hart, Special Adviser to the United Nations Secretary-General and Assistant Secretary-General of the Climate Action Team and others.

The discussions centred around the pandemic’s impact on the Caribbean region and the most pressing needs and opportunities for collaboration across the sectors to advance sustainable COVID-19 recovery and continue bolstering the Caribbean’s preparedness for future emergencies.

In his presentation under the session’s theme, Leading the Way: Climate Resilience in the Caribbean, Vice-Chancellor Beckles contended that a reset of the Global North’s posture towards the Caribbean is needed. Historically, the Caribbean was at the centre of the western industrialization through slavery, colonization and as the region that experienced the greatest degree of wealth extraction over centuries. Yet, in spite of these extractive and punitive arrangements, the Caribbean has demonstrated significant stability and respect for democratic principles; it is a place where freedom, plurality and diversity are practised every single day.

Sir Hilary added that in respect of the West’s colonial expansionist and capitalist agenda, “the Caribbean has paid its dues and a debt is owed by the western world.” He explained that in addition to its small size, the region is facing multiple vulnerabilities and finds itself confronting three simultaneous crises, which he calls the ‘triple C’ — chronic diseases, challenges from climate change and now COVID-19.

Dr Jennie Ward-Robinson, Co-Director, Center for Studies on Africa and its Diaspora at Georgia State University, who moderated the event assured participants that the engagement will continue. As a Caribbean national herself, she opined that it is critical for the region to reflect on where it wants to go and how it sees itself in the world.  She commended The UWI on undertaking its role as an activist institution and indicated that as a next step, she is keen to see the creation of a working group so that the participating institutions can explore partnerships that would enhance the resilience of the Caribbean.