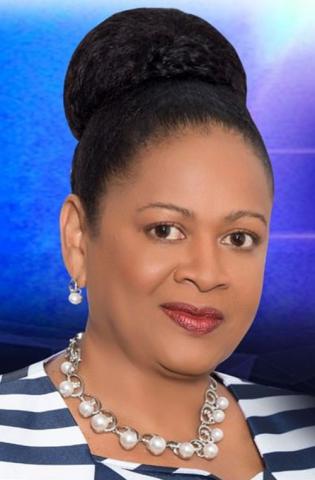 A devoted alumna, Ambassador Dr the Honourable June Soomer who is also the current Chair of  The UWI Open Campus Council, since 2017, received the honour following the nation’s 42nd Independence Anniversary Awards celebrations on February 22.

The Order of Saint Lucia, established in 1986 by Queen Elizabeth II is awarded to persons for achievement, acts of bravery or meritorious service. Renowned for her service as a veteran Caribbean woman diplomat, Ambassador Dr the Honourable June Soomer was decorated with the Saint Lucia Cross for her distinguished work in the fields of education, diplomacy, regionalism and development specialty.

Ambassador Soomer is also an accomplished author and a historian by training with diverse experiences through her work in the diplomatic, financial and education sectors regionally and internationally. With over 35 years of academic and professional experience functioning at the managerial, operational and technical levels, she has developed a solid understanding of contemporary development issues and continues to advocate for equality and equity in sustainable development, especially for the Caribbean region.

She received her PhD from The UWI’s Cave Hill Campus in 1994, becoming the Campus’ first female to graduate with a doctorate in History. She also later lectured at the Campus. In another first, she was appointed as the foremost female Secretary General of the Association of Caribbean States (ACS) where she served for four years from 2016 to 2020.

Offering personal congratulations to her Excellency, who incidentally was the first female PhD student he supervised, Professor Sir Hilary Beckles, Vice-Chancellor of The UWI described the award as “an expression of her intellectual and professional journey.” He said, “As an alumna, her journey is one that coincides with that of the history of The UWI, in terms of the mutual commitment to, and passion for regional integration, which I am confident were cultivated during her student sojourn here. We share in celebrating this moment of emotional and personal significance for her.”

Adding her compliments, Pro Vice-Chancellor and Principal of The UWI Open Campus, Dr Luz Longsworth stated, “The bestowing of Saint Lucia’s highest honour is a significant statement about Dr Soomer’s contribution to Saint Lucia and the wider region. We at the Open Campus certainly share in this view of the Chair as a very astute, intelligent and confident regionalist. The UWI Open Campus has benefited from her guidance and support and join in congratulating her on this well-deserved honour."

The UWI Community celebrates Her Excellency’s most recent accolade with pride.