The Blackspace & Jamaica’s 60 Years of Freedom
A Reflection on Hall Life at the UWI, Mona
UWI Museums @10: 54 Pieces of our Past
The West Indies and Special Collections, UWI Mona Library
Decolonisation and Digitalisation of a Historical Caribbean Aerial Photograph Collection
END_OF_DOCUMENT_TOKEN_TO_BE_REPLACED

The core collection of the UWI Museum relates to the early governance, representation and social history of the Caribbean’s earliest extant university. Artifacts include the ceremonial gown in which the first Chancellor, Princess Alice, Countess of Athlone, was installed on February 14, 1950 and which remained in active use until 2006; other official and student robes; ceremonial documents; a ceremonial mace; artwork and artifacts of student life.

Other artifacts speak the the historic location of the founding Mona Campus on the site of 10th century sugar plantations and World War 2 camps. 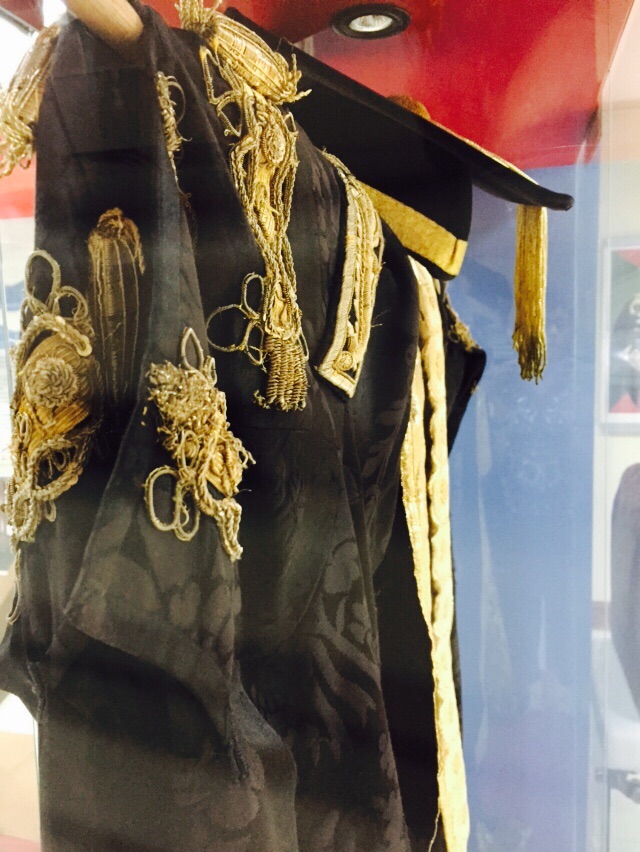 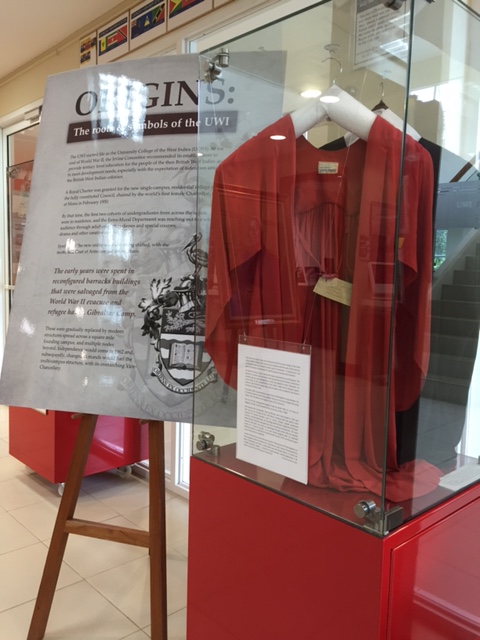 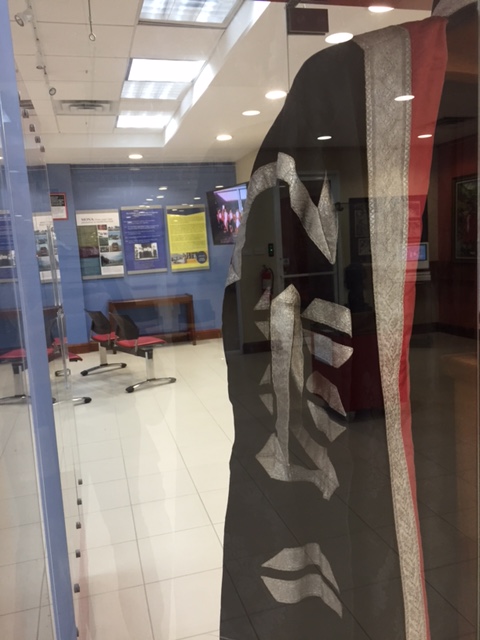 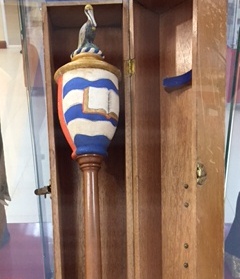 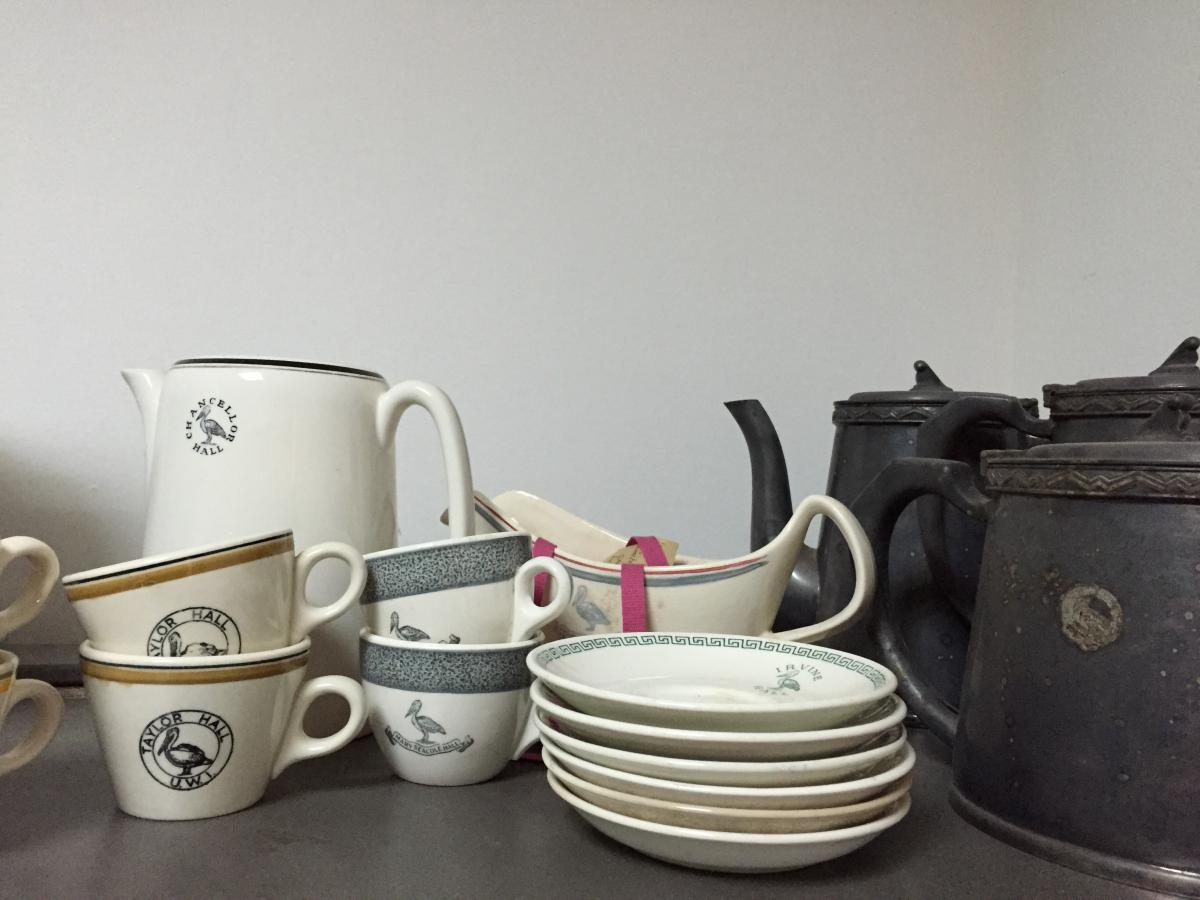 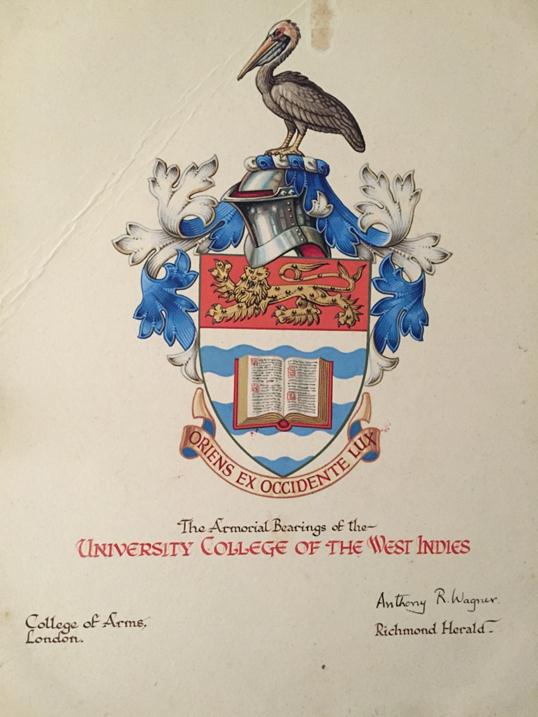 The University Coat of Arms

The museum also draws on artifacts in the Special Collections of the University Library – its earliest repository – and the University Archives and Record Management Programme, in place since 1991. 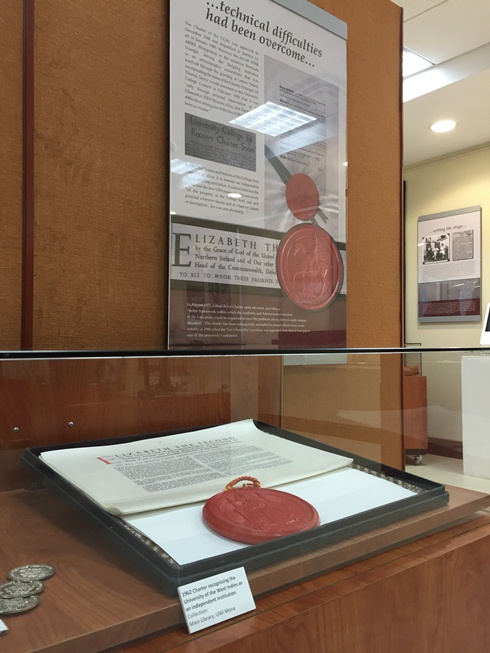 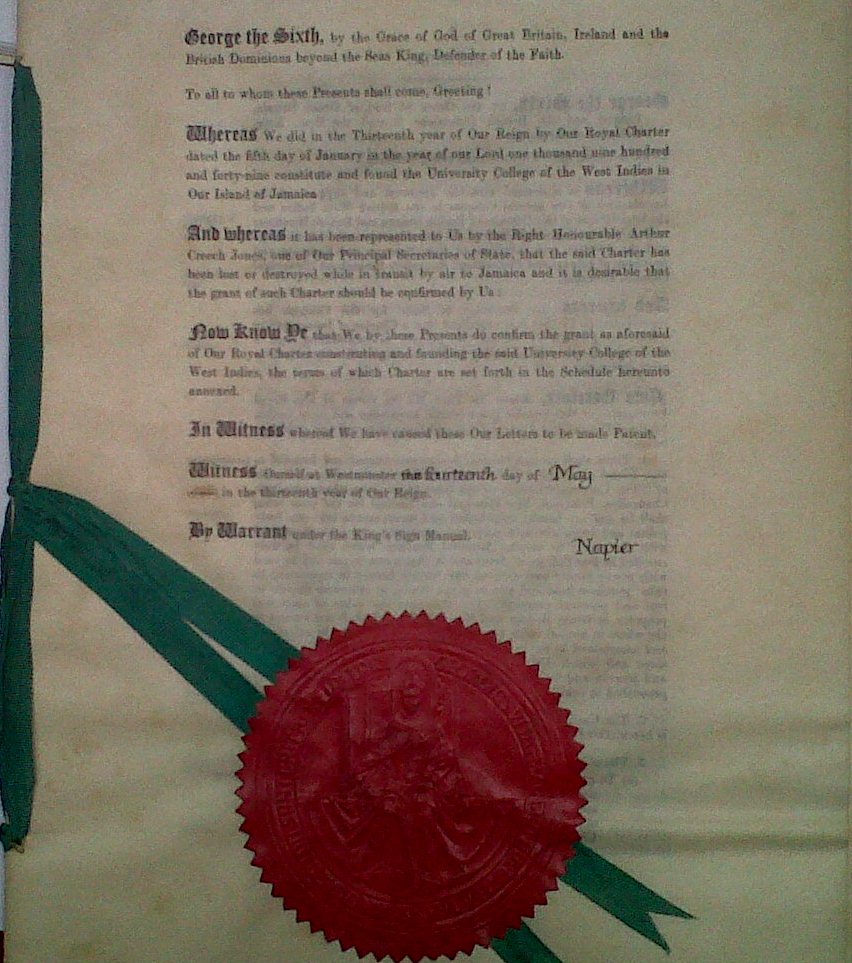 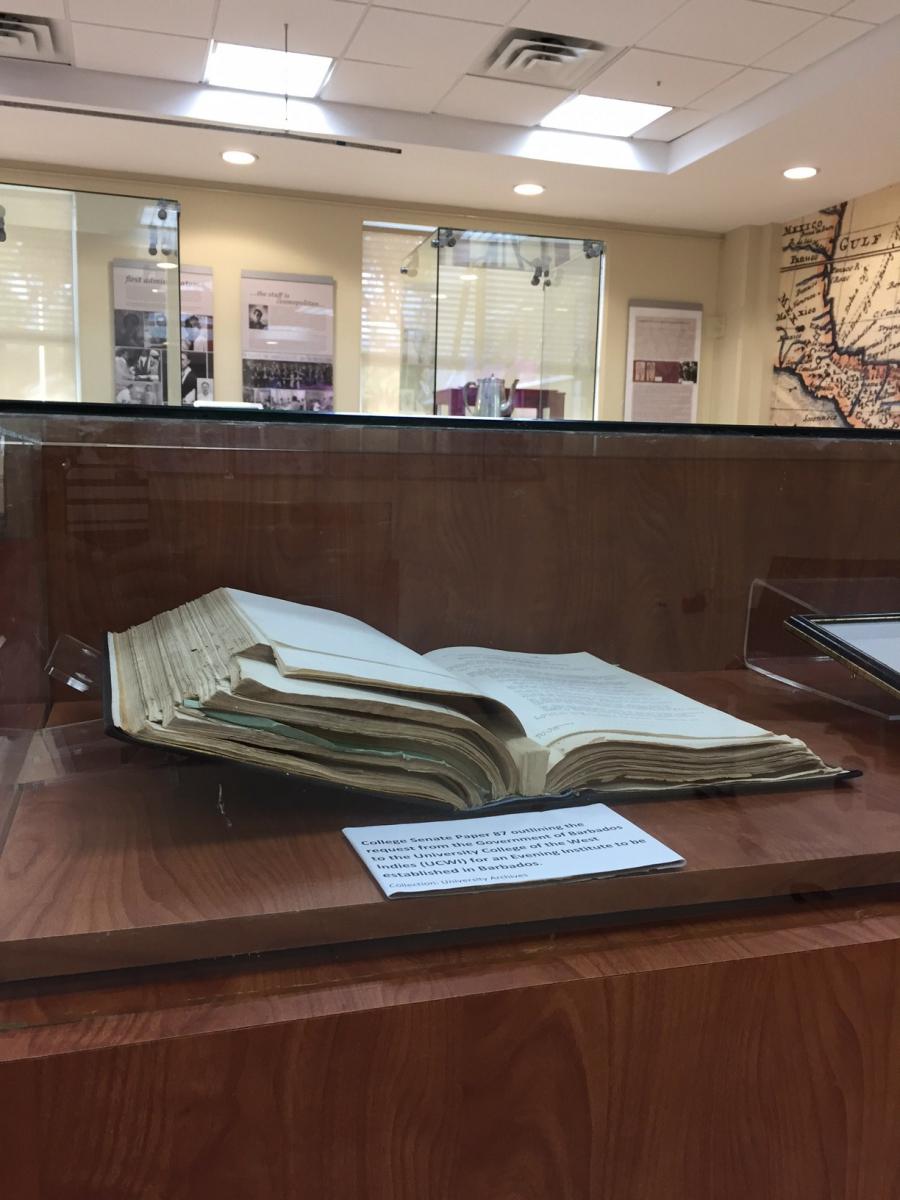 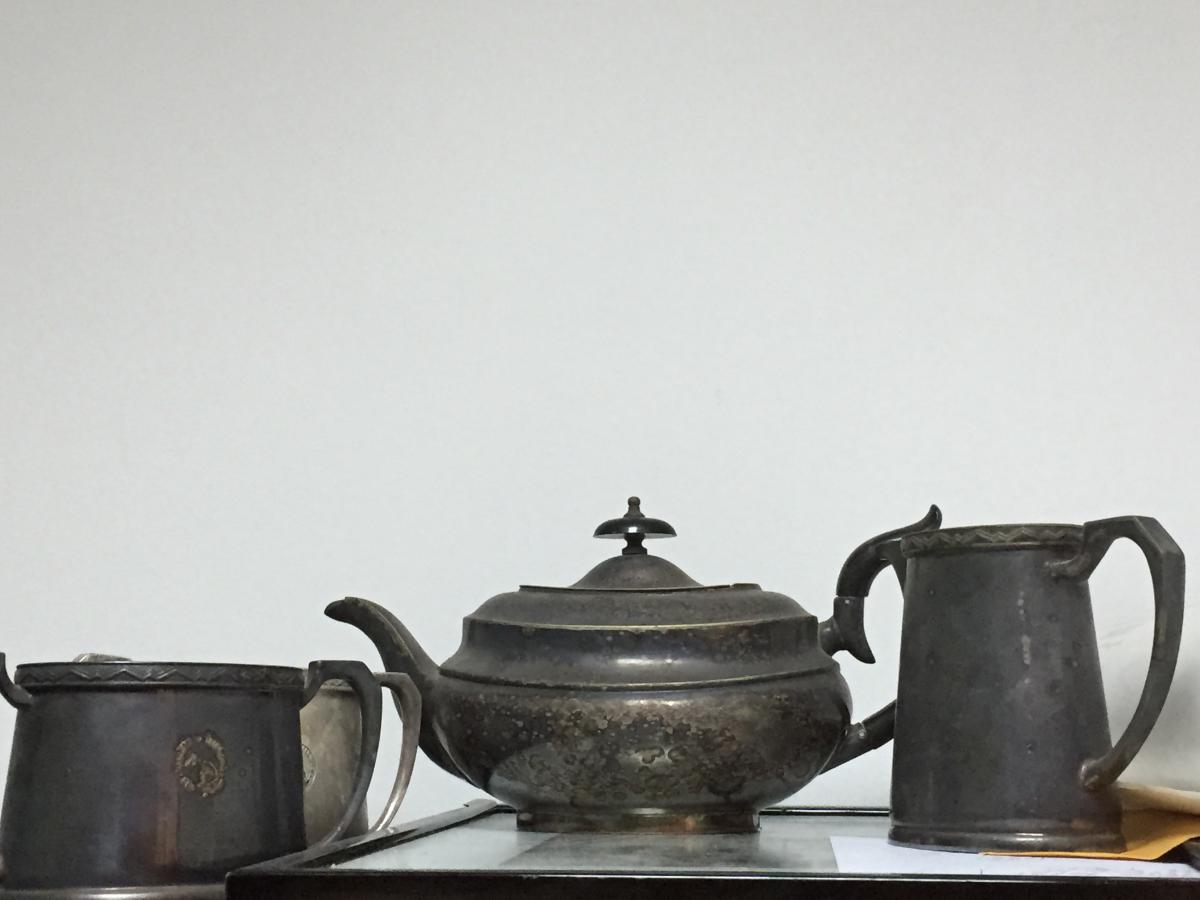 Since its inception in 2012, the Museum has attracted some relevant artifacts and collections through donations or loan. 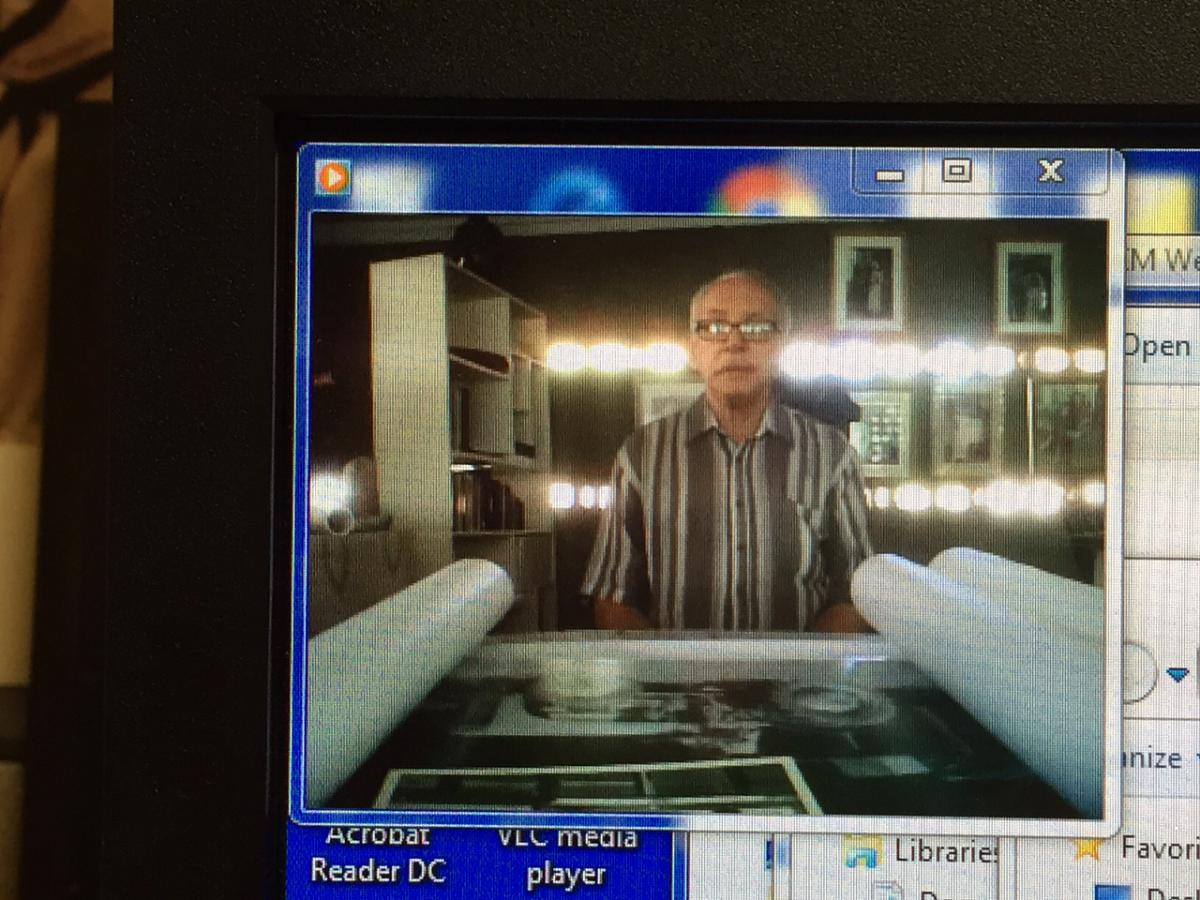 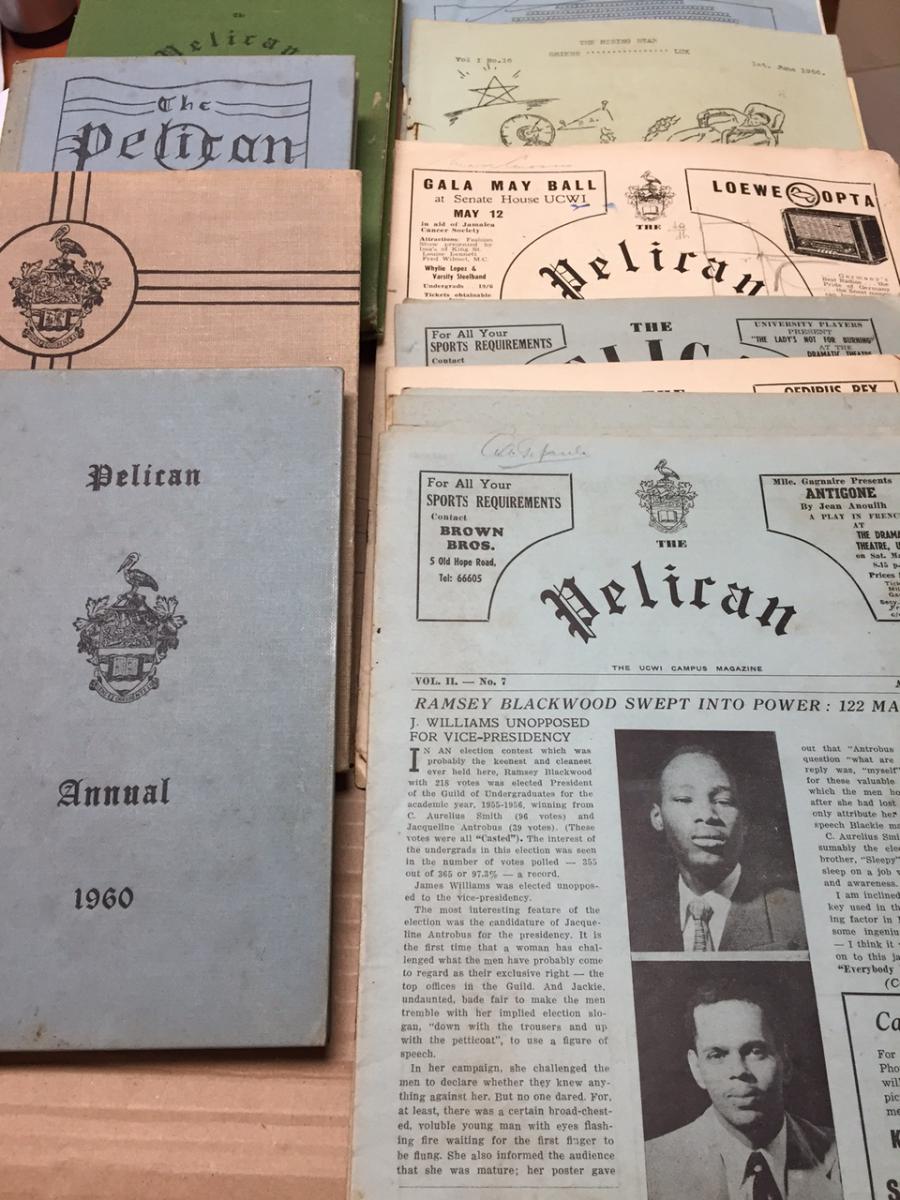 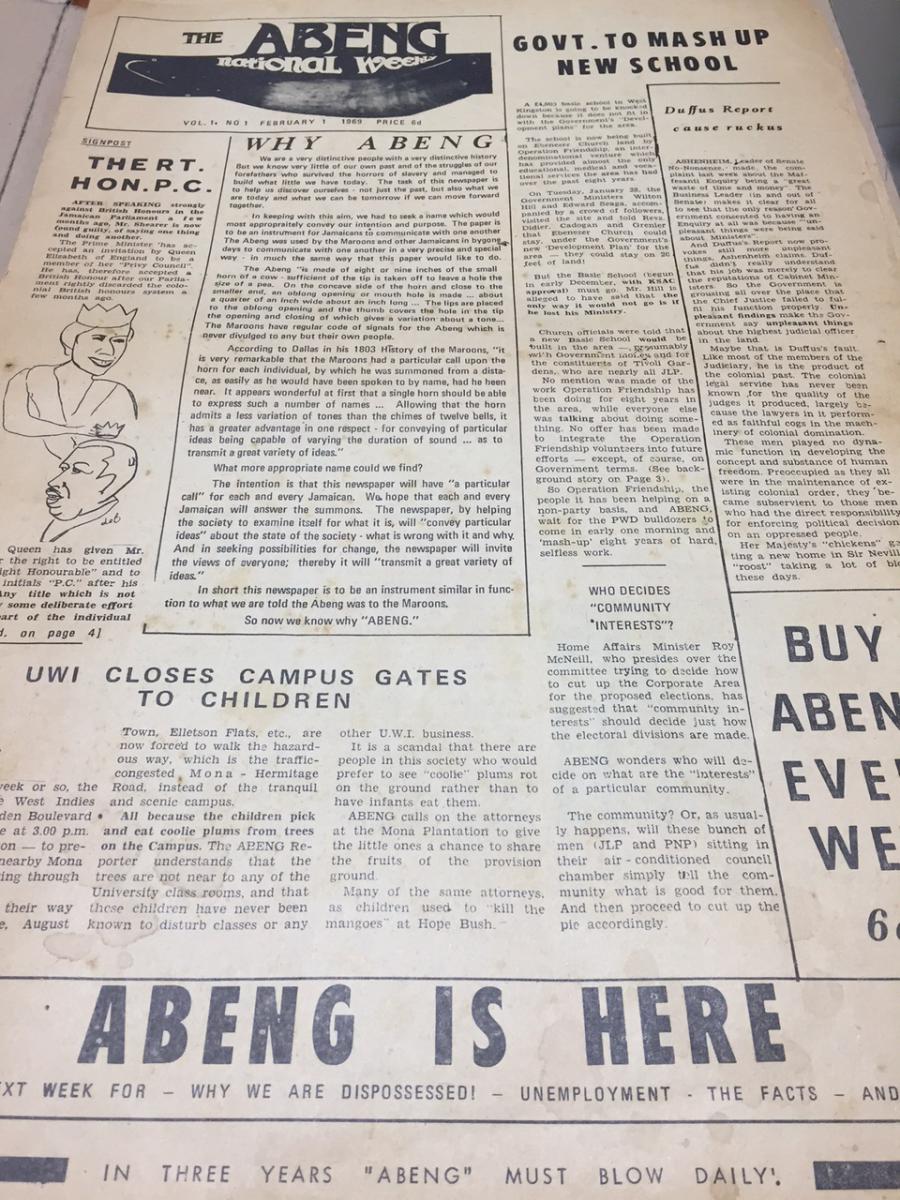 Research activity by the UWI Museum currently focuses on enriching the social history of the University of the West Indies (UWI). One aspect of this on-going project involves identifying and arranging interviews with alumni and retirees as well as other persons who have lived on the UWI campuses, initially privileging those of the earliest years. Initial focus is therefore on persons who were involved in the 1940s, 50s and 60s, though this does not prevent us following up on later material if this presents itself. Oral history interviews have been done with individuals and groups and these will continue.

Open research folders are maintained for information, interviews, photographs and artifacts relating to important institutions including the Halls of Residence, the Guild of Undergraduates, UWI Carnival etc  and these may inform special cameo exhibitions at the Museum.

This special project of the UWI Museum and the UWI Mona's Department of History & Archaeology, creates the  umbrella for an occasional series of seminars/discussions. Launched in 2015 with a pop-up exhibition and panel discussion marking the 50th anniversary of Rev Dr Martin Luther King's address to the independent University of the West Indies' first graduating class in June 1965, this series continued with a panel discussion on the Impact & Relevance of the 1966 visit to the Caribbean by Ethopian Emperor & Rastafarian deity Haile Selassie 1, in May 2016; and a documentary film on the life and impact of Caribbean icon CLR James in January 2017. The Worldwrite film 'Every Cook can Govern', was introduced by James' Literary Executor, Prof. Robert Hall

The series recognises points of connection between the dynamic young West Indian university and iconic movements and personalities especially during the roiling period of the 1960s. These include Dr King's work against racial and political discrimination; anti-apartheid actions including student demonstrations from 1964; the work of UWI’s first West Indian Principal, Dr (Sir) Arthur Lewis; the emergence of Rastafarianism onto a world stage, including the visit to the Caribbean of Emperor Hailie Selassie in 1966. Concerns with communism, black consciousness and governmental security that led to the banning of UWI lecturer, Guyanese Dr Walter Rodney in 1968 , were the focus of a major exhibition in 2018-2019 titled CONFRONTATIONS – UWI Student Protest & the Rodney Disturbance of 1968. Other collaborators on various of these events have included the UWI’s Sir Arthur Lewis Institute for Social & Economic Studies (SALISES) and the Institute of Jamaica’s African-Caribbean Institute of Jamaica-Jamaica Memory Bank (ACIJ-JMB).

Office of the Vice Chancellor
The University of the West Indies
Regional Headquarters
Kingston 7, Jamaica, W.I.